While the accumulation of mould in living spaces is extremely common, it is also a problem that you should attempt to fix as soon as possible.

What is mould and why is it in your home?

Mould is a type of fungi and can grow on a range of surfaces both indoors and outdoors. It’s a naturally occurring organism. Reproducing by making spores, mould prefers damp and poorly ventilated areas where it has easy access to water, which is its main food source.

Mould in the home can be caused by:

Is mould bad for your health?

Mould isn’t just unsightly in your kitchen, bathroom or living space, it also has some potentially harmful side effects including:

You should remove mould as quickly as you can. If your household includes infants or young children, the elderly, or asthma sufferers, then it becomes even more of a priority as they are more likely to be sensitive to the potential side effects.

No products were found matching your selection.

Where is mould most likely found? 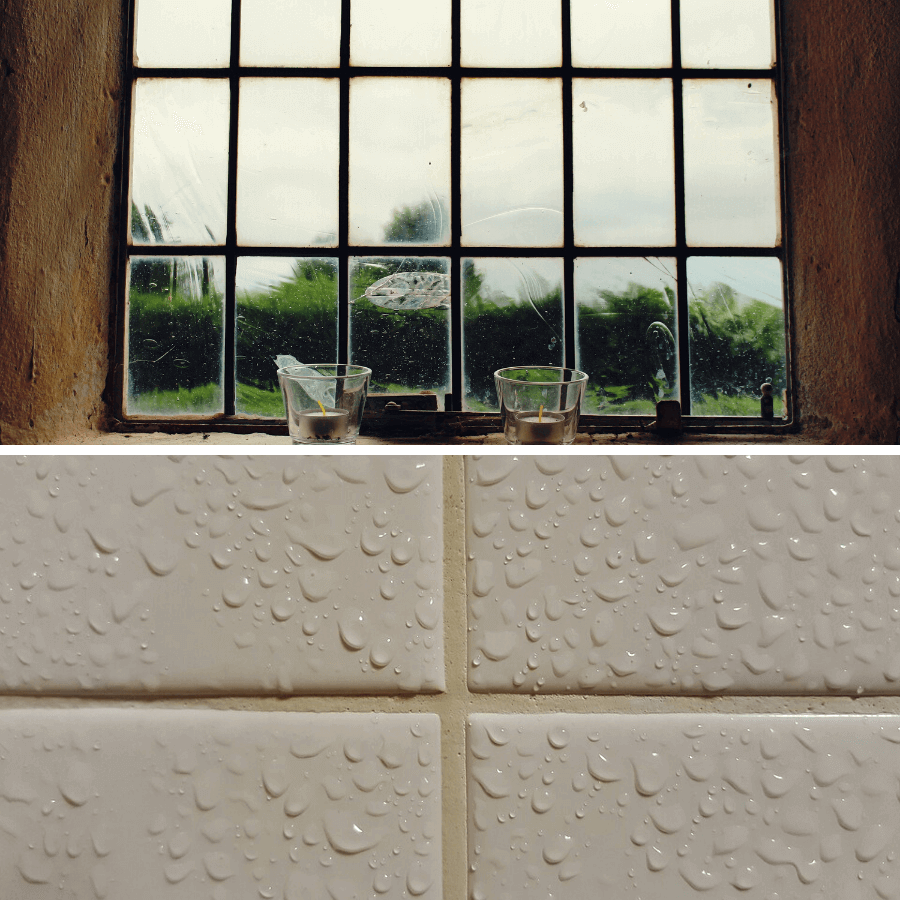 Due to the levels of moisture in the air, mould is very often found around windows and in bathrooms, commonly collecting in the space between your tiles. As one of the most likely manifestations of mould in your home, tackling mould in the grout between bathroom tiles is a universal problem.

During homeownership and renting, the majority of us will face mould in tiles at one time or another – especially when preventative measures such as fans and dehumidifiers aren’t regularly used to reduce moisture in the air…

How to remove mould from grout

For anyone who has attempted to tackle this problem with a typical multipurpose spray, you will know the feeling of futility that attempting to scrub harder with a scourer brings on.

So, what’s the best way to remove the mould that collects in the grout between your tiles?

What will you need? (Any one of these options are possible)

Which option is the best for your home?

Depending on the tiles you’ve chosen, you should avoid using abrasive cleaning agents like bleach or baking soda, as this can potentially cause permanent damage to the surface and colour of the tiles. Always check if you’re not sure as it’s a costly mistake to make.

In this instance, you would be better off opting for distilled white vinegar from the options above…

As removing mould from grout requires strong cleaning agents, whenever you attempt to use these solutions you should take appropriate precautions to ensure that you are being safe and not putting yourself at risk unnecessarily.

Before using these chemicals you should ensure that you do the following:

Which option is best for your tiles?

This is the easiest and possibly most effective solution; simply buy a pre-prepared mixture designed to remove mould effectively. We recommend LTP Mouldex Intensive Cleaner. The solution clings to the surface of grout to remove mould and stains with it’s bleaching action, as well as preventing regrowth.

Please take note of the safety and application instructions on the product label.

If you’re looking for a less abrasive solution, or if you have tiles that are susceptible to damage from bleach like chemical agents, then an effective home remedy for mould found in grout is distilled white vinegar. White vinegar is also a good first step to try if you have coloured grout as it is less likely to cause discolouration.

Pour the vinegar into a spray bottle so that it is easier to apply to the affected area. Once you have treated the mould, leave it for half an hour and scrub with a bristle brush. Repeat this process as required.

Baking soda is an ideal solution for all kinds of cleaning problems. As baking soda is a mild alkali, it is not as abrasive as other cleaning products like bleach. When mixed with water however, baking soda can still be highly effective in dissolving grease and dirt from numerous areas, including the removal of mould from grout.

Stir 110g or half a cup of baking soda with a tablespoon or so of water (or until the paste is easily spreadable on your tiles), and apply directly to the affected area. Leave the paste to sit for ten minutes before scrubbing the mould away with a stiff bristle brush. Rinse with warm water and repeat the process if necessary.

If baking soda alone isn’t quite cutting it, or if you think you’ll need a stronger solution, adding hydrogen peroxide could help to lift the stubborn mould from your tiles.

Apply the baking soda as above, except in this instance pour over the hydrogen peroxide until the paste begins to bubble. This will assist with loosening the mould. As with the baking soda application, rinse with warm water and repeat if necessary.

Now your mould is gone how can you prevent it returning?

At Eurotiles & Bathrooms, we have everything you need to create your dream home. From stylish sanitary ware and furniture, taps, showers and accessories to a huge range of different style tiles, we’re on hand to help.

As experts in home improvement, we can also assist with any questions you may have in regards to tile maintenance. If you have any more questions in regards to how to treat your tiles, whatever it is, we are on hand to guide you in the right direction.

We use cookies on our website to give you the most relevant experience by remembering your preferences and repeat visits. By clicking “Accept All”, you consent to the use of ALL the cookies. However, you may visit "Cookie Settings" to provide a controlled consent. Read More.
Reject AllCookie SettingsAccept All
Manage consent

This website uses cookies to improve your experience while you navigate through the website. Out of these, the cookies that are categorized as necessary are stored on your browser as they are essential for the working of basic functionalities of the website. We also use third-party cookies that help us analyze and understand how you use this website. These cookies will be stored in your browser only with your consent. You also have the option to opt-out of these cookies. But opting out of some of these cookies may affect your browsing experience.
Necessary Always Enabled
Necessary cookies are absolutely essential for the website to function properly. These cookies ensure basic functionalities and security features of the website, anonymously.
Functional
Functional cookies help to perform certain functionalities like sharing the content of the website on social media platforms, collect feedbacks, and other third-party features.
Performance
Performance cookies are used to understand and analyze the key performance indexes of the website which helps in delivering a better user experience for the visitors.
Analytics
Analytical cookies are used to understand how visitors interact with the website. These cookies help provide information on metrics the number of visitors, bounce rate, traffic source, etc.
Advertisement
Advertisement cookies are used to provide visitors with relevant ads and marketing campaigns. These cookies track visitors across websites and collect information to provide customized ads.
Others
Other uncategorized cookies are those that are being analyzed and have not been classified into a category as yet.
Save & Accept